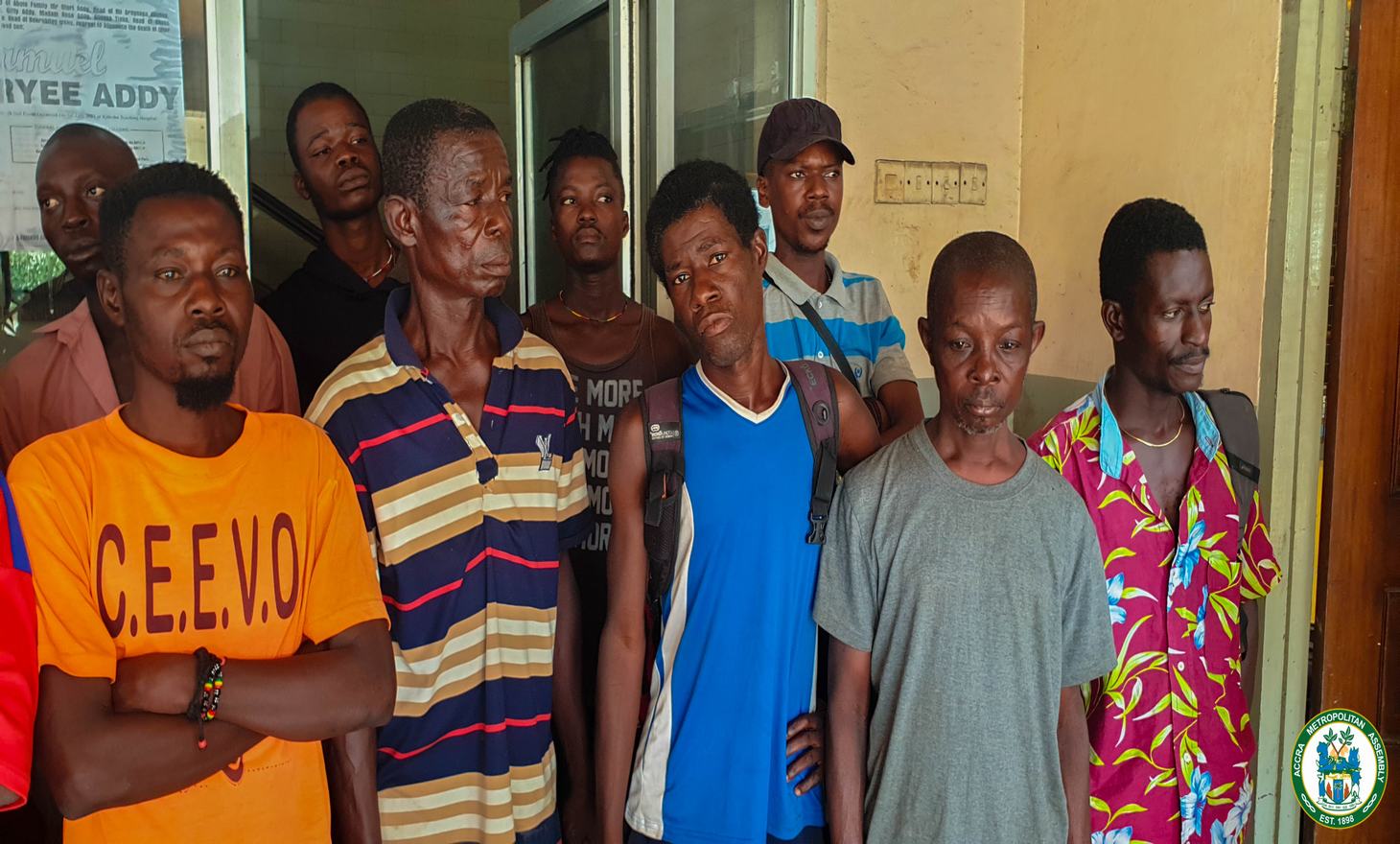 The 16 people were detained early on Wednesday as part of ongoing efforts to reduce open defecation in the metropolis and maintain a clean and hygienic environment. The operation was conducted by the Sanitation Task Force of the Assembly, which was led by Environmental Health Officers.

In an interview with the media, Gilbert Nii Ankrah, head of public affairs, stated that those responsible for defecating in the open or pouring human waste down drains were either arrested or warned to stop doing so or face legal action. He also added that they would have the option of paying a spot fine rather than going to jail.

He emphasized the AMA’s commitment to maintaining the city clean and safe to prevent the spread of diseases while noting that while the Assembly was working diligently to proclaim some localities free of open defecation, some unscrupulous persons were also battling to impede its efforts.

“The Public Health Department, of the Assembly had mapped out some hot spots within the metropolis and had intensified its enforcement exercises to address the challenge…The operations have started and I can assure you that our Public Health Officers led by Madam Florence Kuukyi will be hard on them in accordance with the Assembly’s bye-laws,” he said. “It’s is unacceptable for anyone to defecate or urinate in the open or defecate in a bracket or chamber pot and pour in a drain…

The 2017 Sanitation bye-law of the AMA states clearly that it is an offence to defecate in the open, drains, or one’s compound, or discharge effluent into the open, drains, a compound or the environment… Anyone found culpable is liable on summary conviction to a fine, not more than one hundred penalty units or a term of imprisonment of not less than thirty days and not more than six months or both; and in case of a continuing offence, is liable to a fine of not more than one penalty unit for each day that the offence continues, ” he added.

He used the opportunity to urge residents without proper places of convenience to contact the Assembly for assistance or construct one to help eradicated open defecation in the metropolis and for people to see a reason to stop the practice.

Peg our salaries at the dollar rate, the cost of living is high- GMA to GOV’T