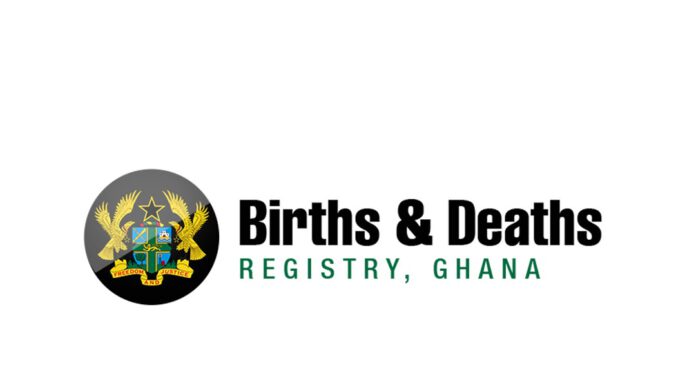 The Birth and death Registry in the Kwahu Afram Plains South has bemoaned the increasing refusal by residents to acquire death certificate before a burial ceremony is held.

The registry department in the KAPSD says the increasing menace is becoming one that needs to be addressed consciously.

Speaking to Republic FM’s Andy Frimpong Manso, the Chief Officer of the Birth and Death registry at Tease, the district capital of the Kwahu Afram Plains South, Mr. Worlanya said, this is becoming a difficult situation to deal with.

Although, he could not attribute all the blames to the people, he also noted that the major reason is due to the lack of hospital in the district.

“Yes I have a problem with the death certificate in the sense that we have only one hospital in Afram Plains area so people thought that if they go to Donkokrom they will get it easy, which is very bad. But the problem is that, Afram Plains South doesn’t have a hospital.

What we are saying is that, if someone dies in Afram Plains South, the person must be registered in the South, that’s where the death took place. But there are people who go to Afram Plains North which I’m very sad about it”, he noted

Mr. Worlanya further reiterated his commitment to liaise with the Assembly, Ghana Health Service, the NCCE, the Media and other stakeholders to roll out more education to deal with the rampant refusal to acquire death certificate if someone dies in the house.

Adding to his absurd experiences in the area, he said, SSNIT annually audit his office services to access if really a person record to have been dead is actually a deceased.

However, he said, the registry is also collaborating with the traditional leaders and the Assembly members because due to the fact that most of these people lives in far communities from the district capital.

“We work with the traditional authorities and the Assembly members, they’re the rightful contact we get to because chiefs knows that someone is dead and they release lands for burials because the land belongs to them and they know that someone is no more, and in that sense, we contact them that we heard that this particular person is dead and they provide us with the necessary information”.

“Let’s say you’re born at Nkawkaw (Kwahu West) and you want to do another birth certificate in Afram Plains South, we can do it. We just send your details to your district officer, where you were born for it to processed.

The registry further pleaded with authorities to fix the deplorable state of roads within the Afram Plains South district to make it motor-able for the smooth running of their services.

“The road, if the authorities can help us with the roads, at least to make it motor-able for us because this is a field work we are doing and we have to get to the internet. Afram Plains South is lagging behind with the Vital data in the Ghana Digitization system. Ghana statistical services and the birth and death registry works together so how do we do well in terms of data.

He additionally urged the people to continue to register their children from zero to 12 months which is free.