Alan Kyerematen is still a minister; he hasn’t resigned, according to Confidant 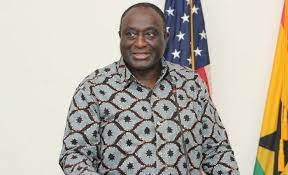 The Trade and Industry Minister, Alan Kyerematen, has fiercely refuted rumors that the seasoned politician has resigned from his position, according to reliable sources close to him.

According to allegations that have since gone viral on Ghana’s social media platforms, the Trade and Industry Minister resigned from his position for unspecified personal reasons.

“The Minister of Trade and Industry is still in office.” According to him, the purported resignation letter is a masterful orchestration from unidentified sources.

The minister is anticipated to issue a formal statement completely refuting the alleged resignation.

A number of names have surfaced as potential contenders to guide the elephant family into the general election in 2024 with less than a year until the upcoming presidential primary.

One of the NPP’s founding members, Alan Kyerematen, aspires to represent the party in the upcoming elections as its flagbearer.