Ayikoi Otoo drops out of the NPP chairmanship contest. 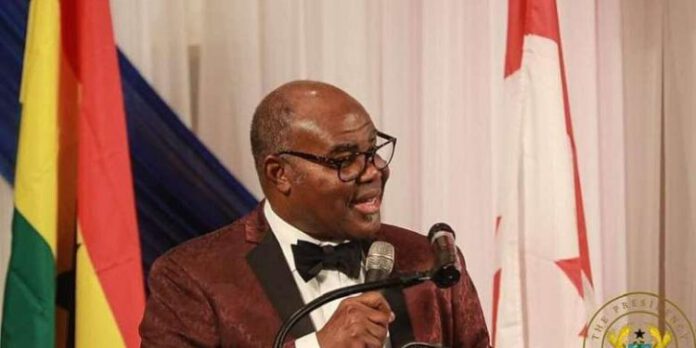 Joseph Ayikoi Otoo, a contender for the Chairmanship in the 2018 New Patriotic Party (NPP) national delegates elections, has dropped out of the race.

The NPP’s screening committee had given Mr. Otoo, a former attorney general under the Kufour administration, the go-ahead to run for chairman.

He was most recently Canada’s High Commissioner.

But with less than two weeks to the convention, the party has officially announced that Mr. Otoo will not be running.

Peter Mac Manu, the chairman of the elections committee, told the media in Accra that this choice will not have an impact on the elections.

Mr. Mac Manu added, “For me, he has produced a document legally signed stating that he is withdrawing from the race and that his support for the party is unwavering.

On July 16, the candidates will square off in the voting booths as the NPP selects its national leaders in advance of the 2024 elections.