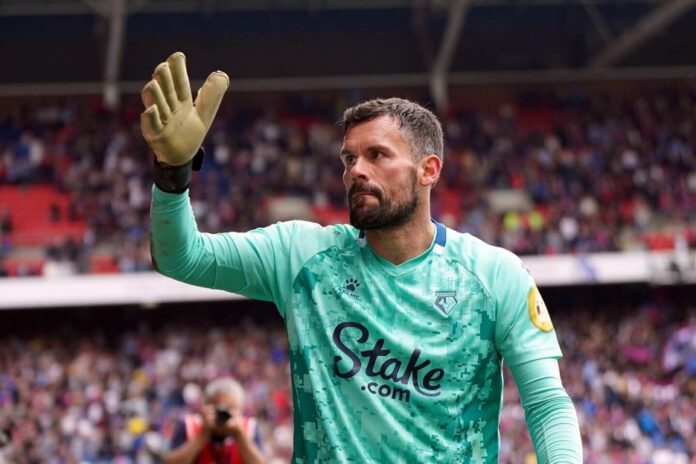 Ben Foster, a former goalkeeper for England who passed down the chance to join Newcastle United, has announced that he will hang up his gloves after 21 years in the game.

After Watford was demoted from the English Premier League in May 2022, the 39-year-old said he will hang up his gloves.

Foster went to Manchester United in July 2005 after starting his professional career at Stoke City. Later, he was on a two-year loan to Watford.

Foster then spent time at West Brom and Birmingham City before returning to Watford in 2018. Foster was a part of the England team for the 2014 World Cup and has eight caps for his country.

With 140 clean sheets under his belt and six titles, including the league cup with Manchester United in 2009 and 2010, the goalie has managed the goal post 524 times. In addition, he won the West Bromwich Albion Supporters’ Player of the Season award in 2012, 2014,

In 2017, and 2018 in addition to being nominated for the 2019 London Football Awards Goalkeeper of the Year. Foster made 26 league appearances for Watford last season, keeping four clean sheets. He played his last match as a Watford player at Vicarage Road.