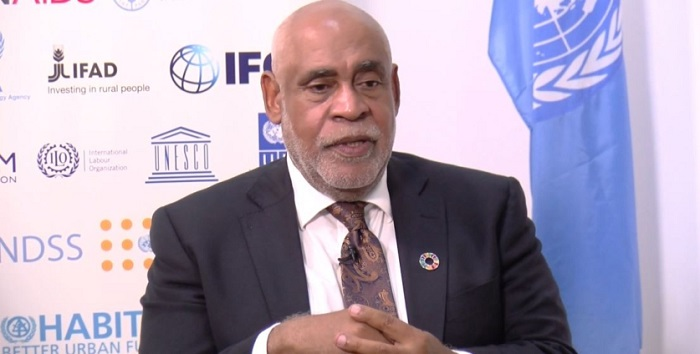 The United Nations (UN) Resident Coordinator in Ghana, Mr Charles Abani, has indicated that about $2.6 trillion is lost to corruption annually in the world.

Speaking at the International Anti-Corruption Day celebration held by the Commission on Human Rights and Administrative Justice (CHRAJ) in Accra, the UN
Resident Coordinator noted that corruption had not only been known as immoral but a serious crime which betrayed people and democracy.

“Corruption undermines democratic stability and social justice. It is one reason for the overthrow of Governments in the region namely, Guinea, Burkina Faso,
and Mali. Corruption steals trillions of dollars all over the world and its tapped resources of states.”

Mr Abani noted that if people were unable to access basic amenities such as education, and potable water among others, through tapping of money, then that
country would be in a serious state.

According to him, corrupt practices also inhibited peace practices, undermined the rule of law, worsened poverty and facilitated illicit use of resources,
providing arms for arms conflicts.

He said in Ghana one of the most damaging aspects of the environment that is the upsurge of galamsey, which could be partly fueled by corruption.

He said under sustainable development Goal 16 and the UN’s Convention Action Against Corruption (UNCAC), Ghana was obligated to conduct studies on corruption
and make regular scientific findings and implement measures to curb corruption.

The UN Resident Coordinator said to achieve SDG 16, Ghana needed an estimated 50 billion dollars a year to achieve the SDG goals between now and 2030.

He said with serious liquidity issues facing Ghana due to the macroeconomic challenges, addressing corruption was very necessary.

He said tackling corruption should involve all persons and institutions to do away with its negative consequences.