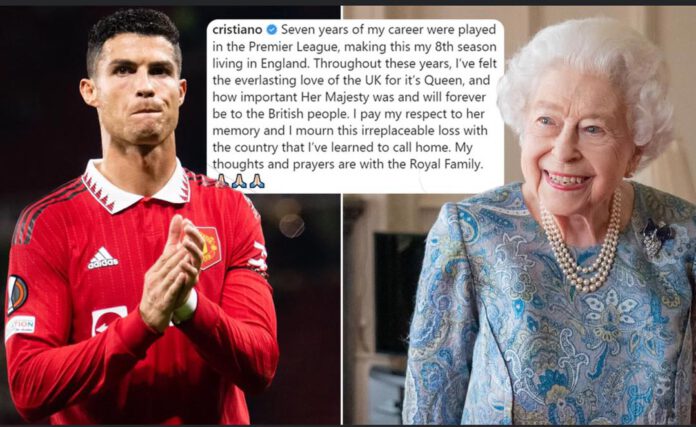 The Portuguese legend took to Instagram to offer an emotional message, after the news of her tragic passing was announced prior to Manchester United’s Europa League clash with Real Sociedad.

A moment’s silence was observed prior to kick off at Old Trafford in memory of the Queen, as Ronaldo started the first Europa League game of 2022-23.