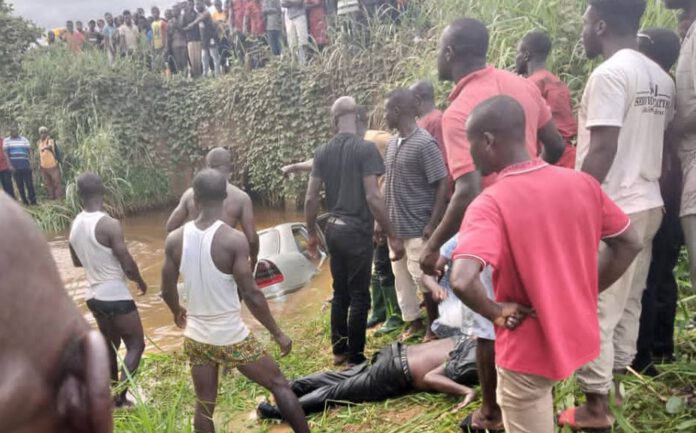 At the Birem Central Municipal Assembly, a driver who was thought to be a member of the Ghana Revenue Authority employees drowned.

Along the Oda-Ofoase-Ayerebi road, his own vehicle, a Benz with the license plate GW 9000-W, swerved off course and fell into the Boti River.

According to reports, he was going to Akyem Oda.

Residents who live near the stretch of road described how they saw the car make a quick bend before it drove off the road and into the river.

While several people watched helplessly, he was unable to exit the truck.

The bystanders admitted they feared for their lives because they couldn’t swim to save him.

However, assistance from other residents of the nearby town of Oda Nkwanta arrived too late.

Its body has been deposited at the Oda Government Hospital after doctors there officially declared him dead. Residents bemoaned the delay in the construction of the Oda-Ofoase-Ayerebi road and demanded that it be fixed immediately.