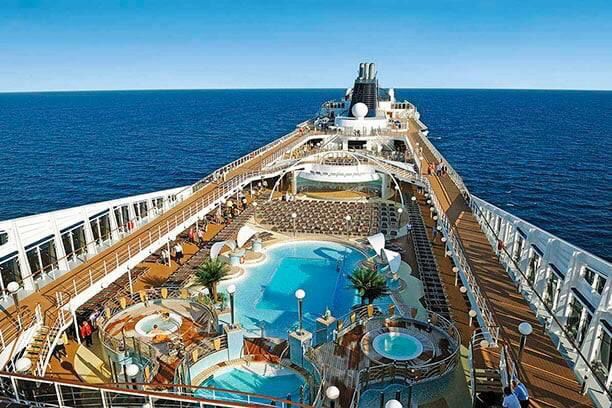 The first of the three floating hotels arrived in Qatar this morning. The cruise ship MSC World Europa docked at Old Doha Port to accommodate the FIFA World Cup fans during the tournament. The highly anticipated 22-deck ship, which is bespoke for the 22nd edition of the tournament, will officially be inaugurated on Sunday, November 13, for its naming ceremony.

Speaking to Al Kass TV, the Executive Director of the Housing Department at the Supreme Committee for Delivery and Legacy (SC), Omar Al Jaber, stated: “This cruise is considered its first voyage to Qatar, where it was built for the World Cup in particular, and it is considered the largest ship in the MSC Company. It will have an inauguration ceremony and naming on November 13.”

The MSC World Europa, which boasts innovative and environmentally advanced features, can house 6,700 World Cup fans. It spans 47 meters wide with 2, 626 cabins and 40,000m2 of pub