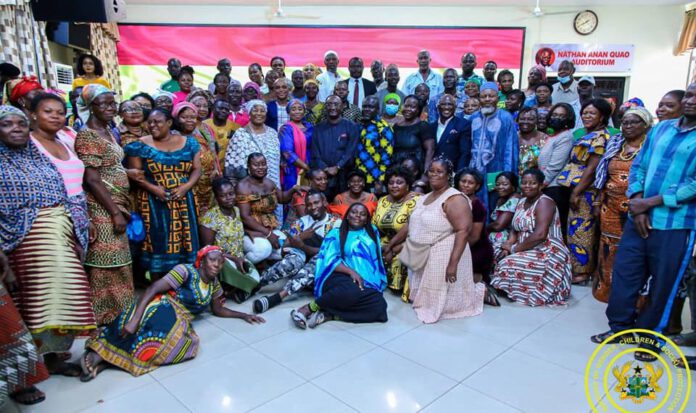 A Consultative Meeting with Traders in Agricultural Foods was convened on Monday, June 27, 2022, in Accra by the Ministry of Gender, Children, and Social Protection (MoGCSP), which was represented by the Deputy Minister, Madam Zuweira Lariba Abudu, and the Chief Director, Dr. Afisah Zakariah.

The goal was to ascertain market circumstances with regard to food purchases, sales, and price increases across the nation.

Madam Lariba Abudu thanked the traders in her remarks for taking time out of their hectic schedules to attend the function.

She pleaded with the market queens to engage extensively with other market leaders to discuss the way forward to reduce the prices of foodstuff as Government is also playing its part.

The Deputy Minister urged the traders and market women to leverage and take advantage of the economic mitigating measures implemented by government and consider the reduction of prices of foodstuff which is the cause of high cost of living in the country and recent increment of inflation rate.

The engagement exercise is expected to enable government determine whether or not the reduction of tariff on fuel taxes has provided a way forward to address the effects of recent hikes of foodstuff in the country.

While, the Minister for Agriculture, Afriyie Akoto chaired the engagement, he noted that Government is doing everything possible to address the plight of traders in country.

According to him, an extensive report will be submitted to the government for their attention.