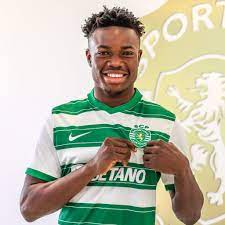 Issahaku was introduced in the game with 10 minutes left in the 3-0 victory at Estádio José Alvalade. The 18-year-old took over for Trincao and performed admirably.

Sporting were devastating on the night, with Pedro Goncalves’ brace and Matheus Nunes’ stunner ensuring they made light work of Rio.

Manager Rben Amorim was happy to introduce Issahaku, who received a 6.1 rating on Sofascore. Issahaku had 11 touches, 50% accurate passes, and one ground duel win.

Issahaku joined Sporting on a four-year contract from Steadfast FC in April 2022.

He began at the U-23 level and has quickly advanced to the first team.

Although he is not guaranteed regular playing time, technical handlers speak highly of the winger.

Issahaku rose to prominence following his outstanding performance at the 2021 Africa U-20 Cup of Nations in Mauritius. He was named most valuable player of the tournament which Ghana won.

Issahaku has been a member of the Black Stars since the youth competition, making eight appearances.