Samuel Ofosu Ampofo, the National Chairman of the National Democratic Congress (NDC) claims the part is the only solution to Ghana's economic crisis. 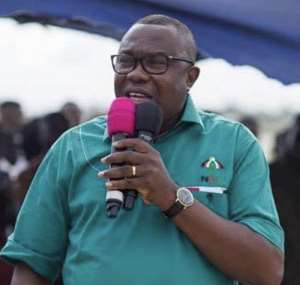 The National chairman of the National Democratic Congress (NDC) says the party is now the only solution to solving the country’s economic issues.

In a cabin meeting of the opposition party with the 16 regional chairman of the NDC party, Samuel Ofosu Ampofo tells the congregation.

On 18th June, 2022, the meeting took place in Wa of the Upper West region as part of the party’s regathering practices towards the 2024 general elections.

According to him, “The challenges that we are facing in our country now call for deeper reflection and experienced hands as a capable alternative. We cannot look beyond the NDC for that alternative.”

He referred to the country’s inflation rate which is currently 27%, much higher that that of 2009.