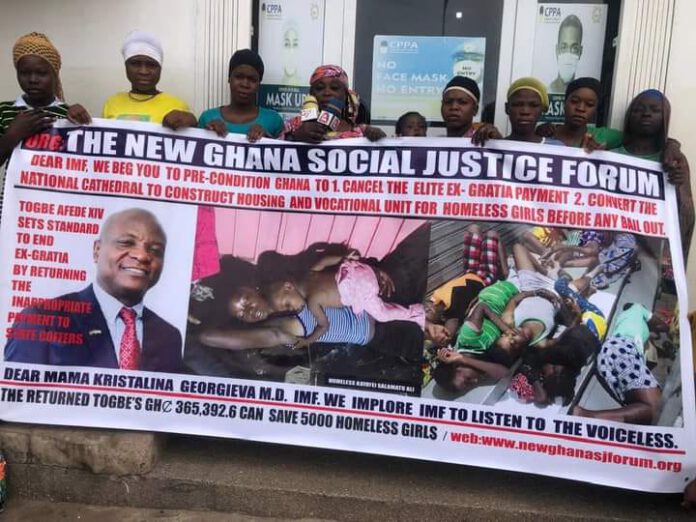 Mr. Alhassan stated in a news release that the IMF must stop giving lump sums to Article 71 office holders, such as legislators and secretaries of state, every four years as ex gratia payments.

With the exception of Togbe Afede XIV, who thought it was improper and returned his GH365,392.6 ex gratia to state coffers, it is difficult for the ordinary to question this compromised fraud, extortion, loot, and share by the leaders because it is an elite payment, backed and protected by the elite’s system, he said.

When adequately advised by the country’s rules, he said, the GH365,392 ex gratia that Togbe Afedo XIV had denied could save 5,000 street children.

The NGSJF’s founder continued by requesting that the IMF place a condition on Ghana’s ability to transform the National Cathedral project into a housing and vocational facility that would house and train the underprivileged members of society.

God/Allah would rather shelter for these homeless nursing moms, girls, children, and orphans than a cathedral, he said. “There are many lives found in our great cities,” he said.