GJA have elected Albert Dwumfour as its new president

The GJA have elected Albert Kwabena Dwumfour as its new president in an election polls conducted on 24th June, 2022 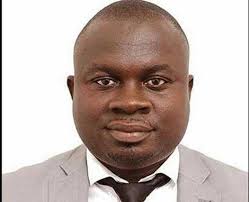 The editor of the Ghanaian Times and former general secretary of the GJA, Dave Agbenu, and a communications consultant, Gayhart Mensah, were rivals for the media consultant’s position as head of corporate affairs at the Tobinco Group of Companies.

Friday, over 800 GJA members voted to choose the new national and regional executives.