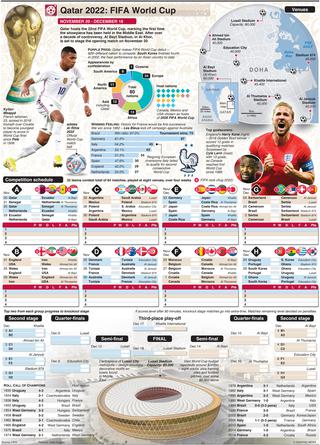 FIFA World Cup 2022 is starting on November 20. A total of 32 countries will participate in the mega tournament with an eye on the top prize.

It is the biggest single sports quadrennial event in the world, so the money involved here is massive for the Qatar World Cup – the 22nd edition of the marquee event – FIFA, the global governing body of the sport, has allocated $440 million, a $40m increase from the 2018 edition.

In the 2014 Brazil World Cup, $358m was up for grabs. Asides from the winning team, all the participating teams receive a reward for making it to the finals.

Here is the prize money breakdown for the 2022 World Cup: