"I think the newly signed WAFA player Konadu Yiadom will help Mohammed Alhassan, together with Dennis Nkrumah Korsah and Samuel Inkoom at defense," 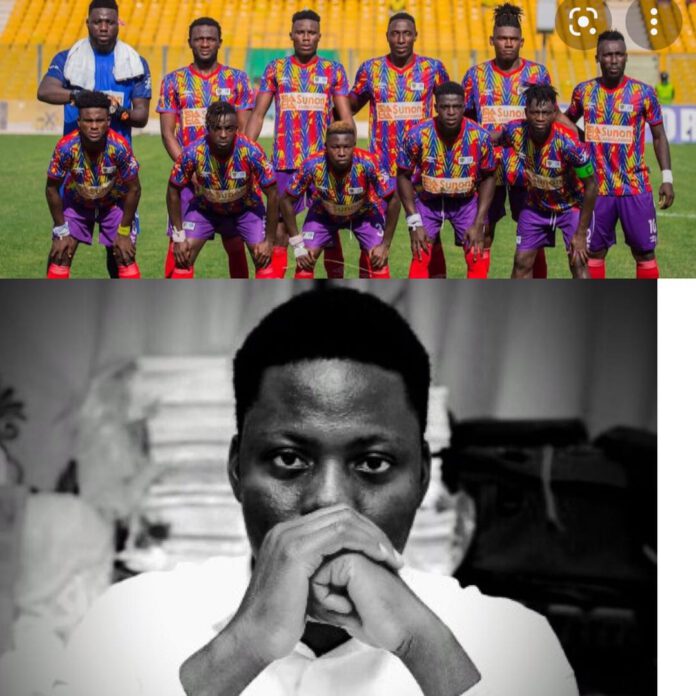 Christopher Sededzi Kwame, a sports writer at Halftimegh.com has tipped Accra Hearts of Oak to win the 2022-2023 BetPawa Premier League.

Many pundits, together with Ghana football lovers, have been predicting the team that will emerge champions of the league

The energetic sports writer told theexcutivenews.com in an exclusive interview that the Phobians will be champions with the new players on the squad.

“I believe Accra Hearts of Oak will be champions of the 2022-2023 BetPawa Premier League.” Last season, the team’s performance was hampered by injuries as well as the coach’s inconsistency”.

“I think the newly signed WAFA player Konadu Yiadom will help Mohammed Alhassan, together with Dennis Nkrumah Korsah and Samuel Inkoom at defense,” he said.

The Phobians finished seventh on the 2021-2022 Ghana Premier log due to insufficient time they had during their pre-season training, but he believes this time around they have had enough time to prepare and will be difficult to beat.

“Last season they didn’t get much time to train and, per what I’ve seen during their pre-season ahead of the new season, Coach Samuel Boadu has built a formidable side that will be difficult to beat.” He added.

The MTN FA champions will be representing Ghana in the CAF Confederation Cup and he’s confident they’ll reach the quarter-finals of the competition.

He concluded, “Hearts will perform in Africa as well, but this time around, with the new inclusion of Junior Kaba and Yassan among a few players, they will reach the quarter-finals of the CAF Confederation Cup.”

The Phobians will trek to Dormaa over the weekend to face Aduana Stars in their opening game of the 2022-2023 BetPawa Premier League.