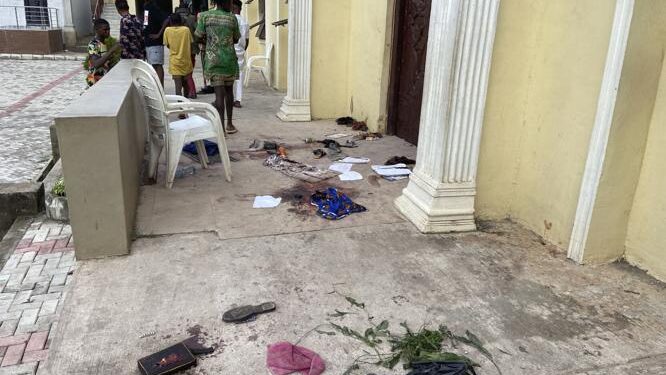 An attack on two churches in Kaduna state, north-west Nigeria, resulted in the deaths of three individuals and the injuries of two more.

According to the state’s Commissioner of Internal Security Samuel Aruwan, an unknown number of criminals on motorcycles robbed residents in four villages and then targeted the Maranatha Baptist and St. Moses Catholic churches.

Several others had also been taken, according to Mr Aruwan.

“The thugs robbed shops and stole goods from villages. The area is being patrolled by police personnel. In a statement, he stated, “Investigations are ongoing.”

Hadiza Sabuwa Balarabe, the acting governor of Kaduna state, condemned the incident and urged the police to expedite their investigations. Nigeria is battling a deadly wave of kidnappings for ransom carried out by armed gangs.

Armed gangs often target defenseless rural villages, schools, and commuters on highways in Nigeria, which is fighting to contain a fatal wave of kidnappings for ransom. Earlier this month, assailants attacked a church in the country’s south-west, killing 40 people.