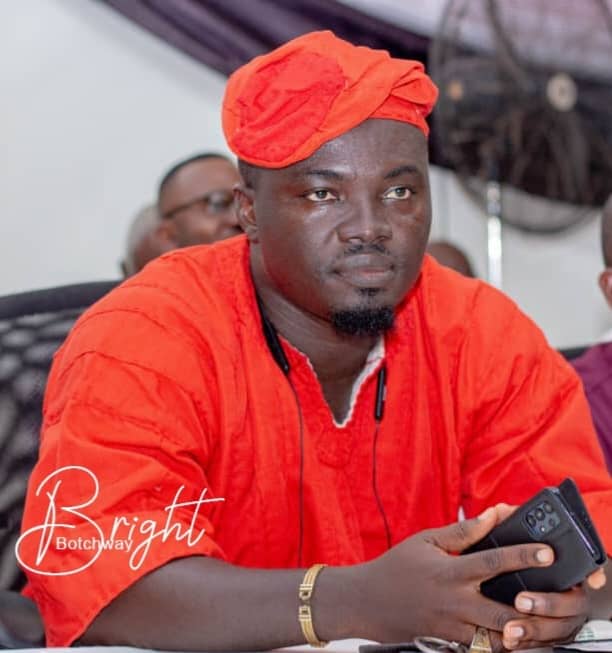 The Central Regional Deputy Youth Organizer for the National Democratic Congress (NDC), Mr. Bright Botchway has admonished the umbrella fraternity especially the party’s delegates to vote for competency and committed executives in the coming internal elections of the party.

Mr. Botchway disclosed that vote buying or Elections infested with money in the electoral process breeds fertile grounds for bad leaders to find themselves in party Work which makes it difficult for a every Democratic party to secure exhilaration of victory.

NDC should eschew from such practices and vote for leaders who can do the job and bring back power to the party since election 2024 is a must win for the umbrella family.

In a meeting with party fanatics at Gomoa Adzetem , he disclosed that the NDC party should remember it is not about money but someone who can work and execute the agenda of the party in the 2024 elections to recapture power from the deceitful NPP government.

He again detailed that in the most blatant and imprudent manner in some parties which strive on “Cash for Vote” the future of NDC should to be significant and equally paramount to every staunch member who has the party at heart and For that matter, the party must do away with “moneycracy” and elect committed officers to steer the affairs of the party for smooth victory come 2024