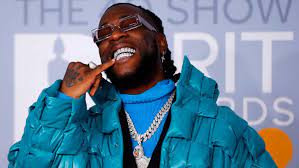 on the 4th of July 2022, Burna boy stated on his official twitter handle of his intention of dropping his
next album and it will be out very soon!

Burna Boy has tweeted the 19-song tracklist for his upcoming album, “Love, Damini,” as well as the date of its release.

Burna rescheduled the release of his album last week, moving it from this Friday to July 9th.

This year’s Glastonbury performance by Burna Boy  Before the release of the album, the artist released the songs “Kilometre” and “Last, Last.”

Given the potential of the songs and musical features that have already been made public, his most recent album, Twice as Tall, which won the Grammy for Best Global Music Album in 2021, may follow suit.