Mohammed Kudus was Twice Awarded “man of the match” in a single week. 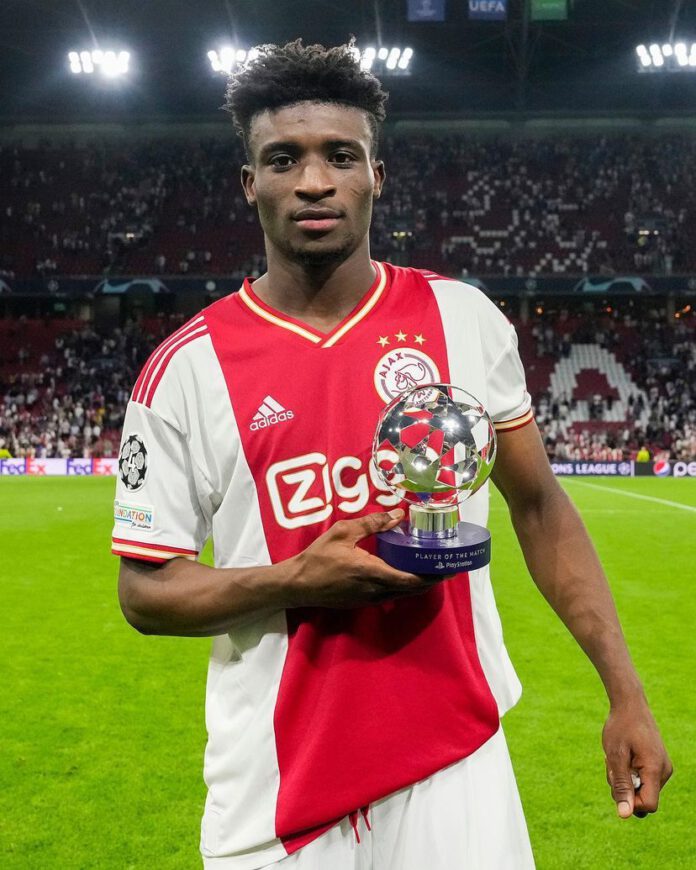 Mohammed Kudus, a Ghanaian international, received two “King of the Match” awards in a single week.
The youngster player gave an outstanding performance on Wednesday night in the UEFA Champions League, helping Ajax defeat Rangers by a score of four goals to nil.

Mohammed Kudus scored a fantastic goal in the 33rd minute and then helped the Mexican player Edson Alverez score the game’s second goal in the 32nd minute.

He won the “man of the match award” on Wednesday night as a result of his efforts.
Three days following Kudus’ outstanding performance, on Saturday, September 10, 2022, he displayed yet more skill by tallying a brace in a 5:0 victory over

Three days after his outstanding performance, on Saturday, September 10, 2022, Kudus demonstrated again another exceptional skill by scoring twice in their 5:0 Eredivisie league victory over SC Heerenveen.
After the game, he received the “man of the match” award for his efforts.
Kudus have now produced a total of four goals and one assist.