MORE RAINS TO BE EXPECTED ALONG THE COASTAL CITIES OF ACCRA 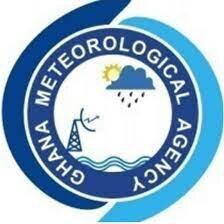 The Ghana Meteorological Agency (G-Met) informs citizens living in the coastal cities of Accra in a press release on Wednesday, June 15, 2022, to expect more rains which will last into the night.

Coastal cities which should expect the rains are, Kasoa, Cape coast, and Takoradi. G-Met warns residents of the areas mentioned to brace themselves and be safe from the heavy rains. G-Met also encourages residents of these respective areas to take cover in safer places in order to keep themselves safe.

The press release which was signed by George Ayisi, Director of Communications of the National Disaster Management Organization (NADMO), alerts the public, in general, to pay attention to the instructions given and abide by them in order to remain safe.