The General Secretary for the NDC opposition party has said, the NDC party will kick out the ruling NPP government out of power in the upcoming 2024 general elections. 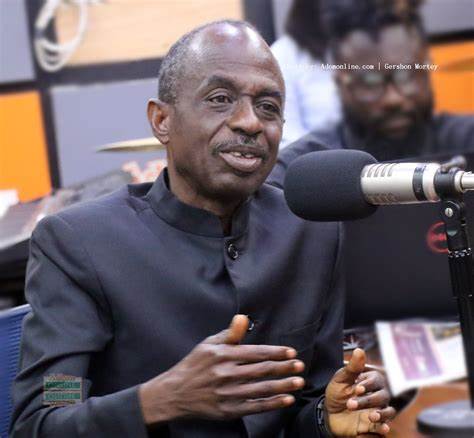 Johnson Asiedu Nketiah, the general secretary of the main opposition National Democratic Congress (NDC), has urged party members to prepare for a fierce battle to unseat the ruling New Patriotic Party (NPP) in the general elections of 2024.

Although many Ghanaians are fed up with the NPP, he asserted that the NDC members must battle hard and in unison to make their party appealing to voters.

After swearing in over 1000 Progressive People’s Party (PPP) defectors to the NDC, Mr. Asiedu Nketiah was addressing in Wa.

Speaking on Face to Face on Citi TV, Mr. Nketiah says the NDC party encourage their people to unite and form a strong party to counter other political parties.

With this, they are confident that they (NDC) can win over other parties.

“We encourage people to come along, so we form a united front. Once we do this, we will be able to form a formidable team that can withstand any other political party.

“Besides, we the NDC will boot out the NPP in the 2024 elections. Join us to achieve this,” he added.

On 3rd July, 2022, more than 1000 members of the PPP, led by their regional chairman, declared that they were joining the main opposition NDC.

The PPP defectors, who claimed to be from seven constituencies, flocked to the Wa Technical Institute auditorium with their chairmen to announce their choice.

According to the organization, they have decided to back the NDC in its efforts to rescue Ghanaians from the current economic suffering that the NPP has brought upon the nation.

The defectors were sworn in by the NDC General Secretary, Mahamed Nasir Saani, the Upper West Regional Chairman, and other regional officials.

Speaking after the inauguration, Mr. Asiedu Nketiah accused the NPP of exploiting and abandoning the PPP’s leader and founder, Dr. Paa Kwesi Nduom.

The NDC scribe directed the party’s Upper Regional branch to open their branch registers for limited registration so that defectors could officially register with the party.