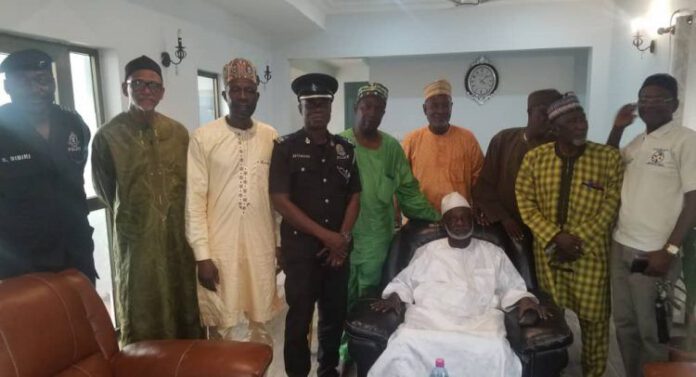 The Nima Division Police Headquarters met with the Ayawaso Zongo Chiefs Council to discuss security challenges and how the two organizations might collaborate as part of the ongoing series on police community involvement. to lower crime in the Nima neighborhood.

In his speech to the Zongo chiefs, Chief Superintendent Aseidu outlined the present police administration’s policy of involving the general public and key players in each community.

According to him, the goal of this police administration project is to close the communication gap between the community and the police in order to prevent crime and jointly strive to lower the fear of crime.

The Divisional Commander bemoaned the rising number of drug users in the neighborhood among the kids and pleaded with the authorities to assist the Police in putting an end to the menace.

While other adolescents are frequently seen handling lethal weapons, the same youngsters who are involved in drug use are frequently recruited into land guard operations by their classmates.

The Zongo chiefs were then urged to assist in raising the caliber of the Nima Police to an extraordinary level. In turn, the Division DOVVSU Coordinator, Kotobabi District Commander, Nima District Commander, Division Investigative Officer, and threat alerts, terrorism, use of weapons during ceremonies, barriers to investigations, and violent internal security issues were discussed.

The head of the Ayawaso Council of Zongo Chiefs, Alhaji Imoro Baba Issah, praised the division command and his staff for getting in touch with them and listening to their issues.

In order to combat crime in the area, he urged ongoing collaboration between the police and locals.

Leave Your Comments
Share
Facebook
Twitter
Pinterest
WhatsApp
Linkedin
ReddIt
Email
Telegram
Copy URL
Previous articleIMF Bailout; Gov’t has drowned in a sea of unbridled Corruption, mismanagement & profligacy-CR Deputy Secretary
Next articleIf the 20% COLA is not paid, nurses and midwives will strike, according to the GRNMA