NPP Polls: Ntim promises delegates that if he wins, he will appoint a president. 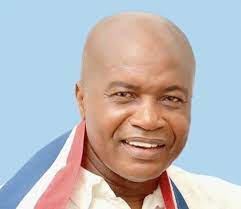 All you have to do, he said, “is elect me on Saturday as the party’s National Chairman, and I promise you, I will make whoever you choose as the party’s flagbearer for the 2024 elections the next President of Ghana.”

I will simply ask you to provide me a presidential candidate, and I will give you a President, he said, “let me reaffirm this statement, with Ntim as National Chairman.”

Additionally, he advised his rivals to run an honorable and civil campaign because

the sole component to promote unity following the elections on Saturday.

When some delegates and party leaders came to his campaign office to express their unwavering support for his candidacy, he made these statements.

Among the candidates contending for the role of National Chairman, Mr. Ayesu Ntim strikes one as having the greatest experience.

According to political analysts and election pundits, Stephen Ntim will win the election because to the support he has among delegates nationwide.

The date set for the NPP to elect its national officers is Saturday, July 16, 2022.