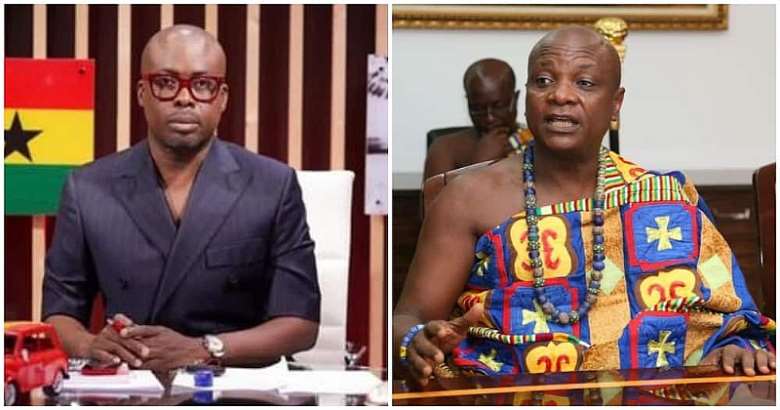 Host of Good Evening Ghana, Paul Adom-Otchere appears ready to open more Pandora’s box about the Agbogbomefia of the Asogli State in the Volta Region, Togbe Afede XIV over allegation of attending a few Council of State meetings.

The media practitioner with the private television station, Metro Tv expressed his readiness to back his claims with evidence.

On his official page on social media, he posted a flyer announcing the issue of discussion “A lot has been said but as they say book no tell lie.

“See you at 9 pm or soon thereafter

The Agbogbomefia has challenged Mr. Adom-Otchere to substantiate allegations made against him over his recent rejection of an ex gratia paid him for serving on the Council of State

Mr. Adom-Otchere is said to have picked on the immediate past President of the National House of Chiefs for returning GH¢365,392.67 paid him while hosting his show on Tuesday, June 7.

He mentioned that per the Council of State works and record, Togbe did not attend an overwhelming majority of the meeting within the 4 years.

The journalist asked the Accountant General to return the money to Togbe.

However, a press release issued by his Special Aide, Dr. Elikplim Kwabla Apetorgbor, Togbe Afede XIV said he has never stooped that low and gone to that “cheap level” to receive traveling allowances from Ho while a member of the Council as alleged by the TV host on his show.

He described Mr. Adom-Otchere as “unethical and ignorant”.

The royal insists that the car loan he is accused of receiving was from SG-Bank under the Council of State and not the government.

“Meanwhile, he has paid his loan,” the press release clarified.

It also evinced that as the Chairman of the Economic Committee of the Council of State, Togbe Afede XIV was one of the most committed and regular members in attendance at meetings.

“The minutes of the meeting attendance are available for verification.”

The Paramount Chief of the Asogli State had returned the ex gratia with the general reason that he abhors payment of such monies for a job he considers part-time.

“We are not in good times. I urge the good people of Ghana to expose all evil conspiracies and corruption in order to rescue the nation and its resources from further decadence,” the press release from his Special Aide indicated.