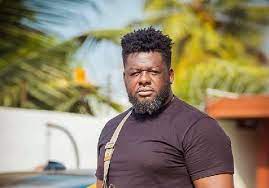 Ghanaian Artist manager and a former manager of Zylofon Media

Lawrence Nana Asiamah Hanson popularly known as Bulldog has given his take on the current misunderstanding between Tinny and stonebwoy.

According to Bulldog, there was nothing wrong with Stonebwoy paying money Tiinny was owing someone. This happened when Stonebwoy was confronted on a live show on Hitz 103.9 FM show with Andy Dosty about the fact that, Tinny has a debt.

Bulldog says stonebwoy did a very good thing to pay the money since they are in the same industry, which could promote peace in the industry.

Meanwhile, tinny took it the other way round to insult stonebwoy and all others who were on the show that day.

“Stonebwoy was trying to just quench a fire”

Nii Addo Quaynor (born January 19, 1982), better known by his stage name Tinny, is a Ghanaian Rapper. He was born in osu, Ghana to Mr. Ricky Tetteh Quaynor and Naa Badu Quaynor. He is the last born of their six children. At the early age of eight, by singing and rapping at parties and funfairs, he got into the music industry. In 1994, he started performing at Fun-World, an entertainment program that was organized every Sunday at the National Theatre (Accra). He has released five studio albums since his debut.