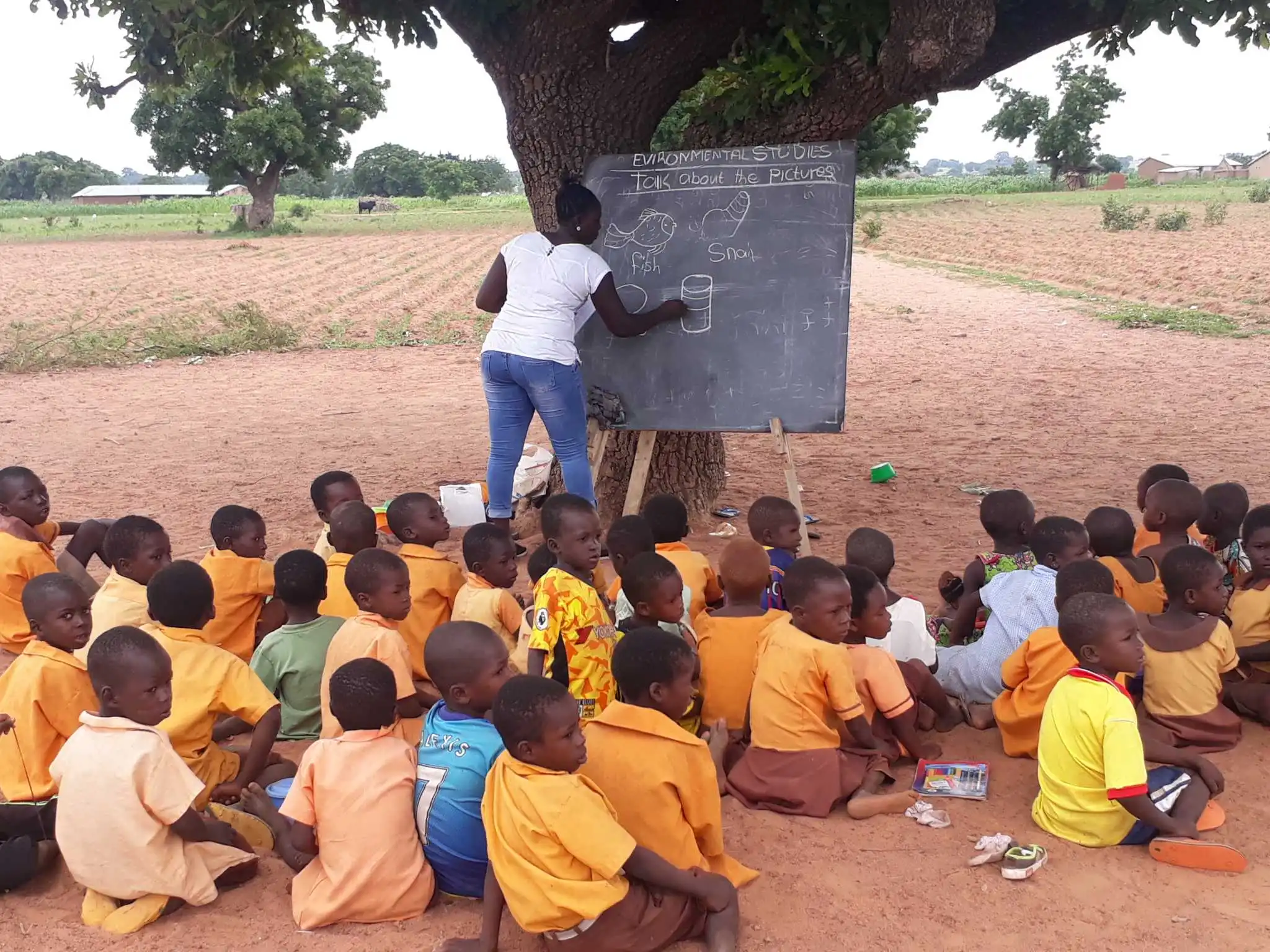 A six-unit classroom block at Twedie D/A JHS in the Atwima Kwanwoma region of the Ashanti Region is yet to be supplied and commissioned, so students are forced to study under trees.

For almost a year, the six-unit classroom block that was supposed to house form 1 A&B, form 2 A&B, and form 3 A&B has been vacant.

Since a result of this, the structural stability of the structure that houses Form 1 A&B and Form 2 A&B is now in jeopardy, as it is developing severe fractures and holes, while Form 3 A&B studies under the trees. Meanwhile, the building’s surroundings have been left bushy, attracting reptiles and deadly creatures, while the students for whom it was intended are absent.

The abandoned project, which is presently on the roofing level, has angered Hon. Augustine Osei, an Assembly member for the area.

According to him, once fully furnished and commissioned, the structure would function as a fulcrum of education for the Twedie Community and its environs.

“We find it concerning that the Ghana Education Fund (GETFUND) has been abandoning a school building that is 90% complete for years, allowing it to deteriorate as students study under trees.

“Whenever it rains, the school has to be closed….we are calling on the GETFUND to do the necessary and commission the school for use, because this six-unit classroom block will not only serve Twedie Community but also its neighboring communities.” He stated his case.