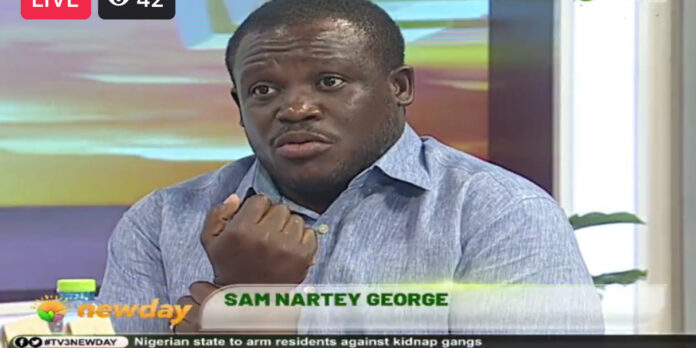 The member of Parliament of Ningo prampram says on the TV3 new day morning show that, Ghana Police should eliminate the attitude of provoking Ghanaian Youths when demonstrations are scheduled.

This was after He has realised that, during demonstrations, some police officers on the grounds seem to make unthinkable comments to provoke citizens involved in demonstrations.

Sam George in his submission stated that, during his several years of being part of the few organisers of demonstrations, He has realised and can say emphatically that, during demonstrations some police men seem not to be professional.

Demonstrations are held to advocate for the rights of the citizens of the country so therefore, the police should be more professional when it comes to demonstrations. “Police should stop the attitude of provoking demonstrators when on the grounds and I will commend this as a security tip for the police service” He said .