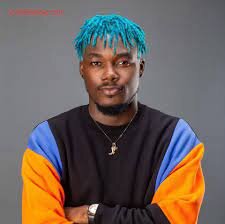 A few weeks after Black Sherif’s ‘Kwaku The Traveller’ climbed to the top of Nigeria’s Apple Music Top 100 chart, another Ghanaian musician, Camidoh, has hit the Number 1 spot, with a remix of his hit song, ‘Sugarcane.’

The song featured fellow Ghanaian singer, King Promise as well as Nigeria’s Mayorkun and Darkoo
The collaboration peaked at Number 1 on Nigeria’s Top 100 Music Chart On Apple Music in the first week of May, barely a month after its release.

Camidoh, who is 28 years old, and known in private life as Raphael Kofi Attachie, is also a rapper and a record producer.

CHECK THE VIDEO OUT