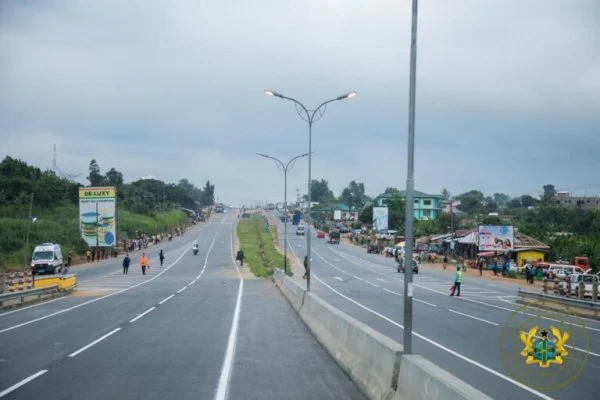 The Accra-Kumasi road dualization project, as well as the Sinohydro Inner City Roads project in Kumasi, are both proceeding steadily, according to President Nana Addo Dankwa Akufo-Addo. This project is part of the president’s “building Ghana together” agenda, he said in a tweet on Monday, June 20.

To that goal, the government signed eight separate contracts for the program totaling GHc2 billion.Kennedy Osei Nyarko, Chairman of Parliament’s Roads and Transport Committee and Member of Parliament for Akim Swedru, made the news.

“The government is doing these initiatives with the goal of reducing accidents on this stretch of road and managing the heavy traffic flow for motorists and other road users,” he said. “These are contracts with the government.” the companies are the biggest construction companies currently in Ghana with the most resources,” he noted.