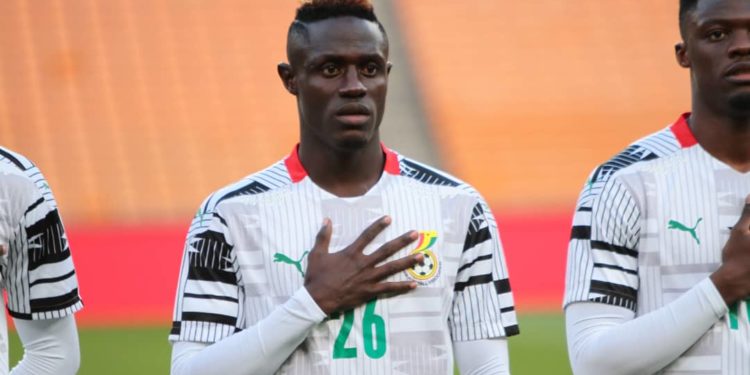 The Algeria-based striker believes he has what it takes to become the next Jordan Ayew in the Black Stars team.

The former Asante Kotoko, who has been capped twice for the Black Stars under former coach Charles Akonnor, has failed to earn a spot in the team under both former manager Milovan Rajevac and current boss Otto Addo.
However, the 23-year-old is confident of returning to the team anytime soon.

”I’m the next Jordan Ayew in the Black Stars squad. If I am fit, I will start ahead of Inaki Williams and another striker,” the USM Alger striker told Accra-based Atinka FM.

Leave Your Comments
Share
Facebook
Twitter
Pinterest
WhatsApp
Linkedin
ReddIt
Email
Telegram
Copy URL
Previous article“When The Truth Is Being Spoken, People Might Think We Just Hate Others, but We Do Not, We All Just Want What the Best Is.” – Teacher Kwadwo
Next articleDr. Kwame Afriyie withdraws his nomination as NPP national organizer candidate and declares support for Nana B.