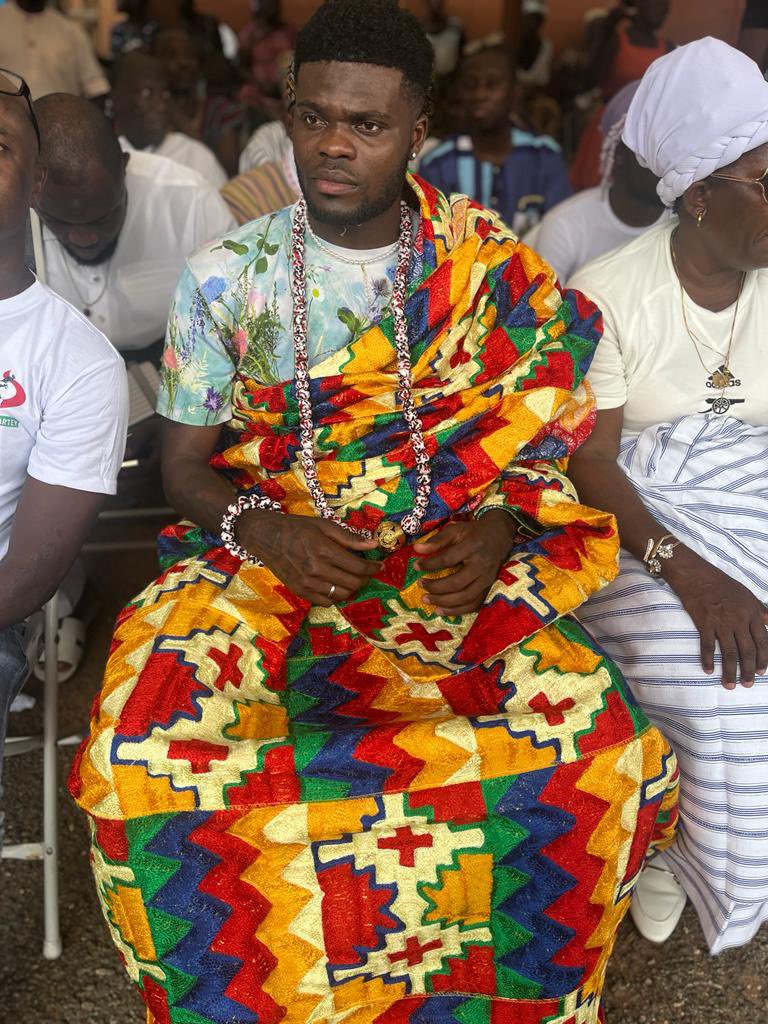 Arsenal Star Thomas Teye Partey has been honored the title of ‘Mahefalor’ by his hometown Krobo Traditional Area.

On 4th June, 2022, Saddick Adams popularly known as the Sports Obama posted on his twitter handle the conferral of the title to the Ghanaian footballer.

He stated that, during the ceremony, the goal the Arsenal star scored for the Black Stars, Ghana National team, that qualified them to Qatar 2022 World Cup was particularly cited.

“Arsenal Star Thomas Partey honored by his hometown with the title of “Mahefalor”. Was done by the chief of Krobo Traditional Area Nene Sakite II”, he said.

Mahefalor means “Defender of Krobo Traditional Area. Goal he scored that qualified Ghana to #Qatar2022 was particularly cited”, he added.

Based on Mr. Thomas’ enstoolment, some fans expressed their joy with his (Thomas’) new obligation for his hometown while others couldn’t believe in what has happened.