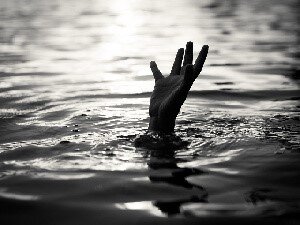 Two young men identified as Bless Damptey and Larbi Grant drowned in the Nsuapemso river in the Fanteakwa south district in the Eastern Region today.

The deceased, 21 and 23 got drowned at the intersection of the Nsuapemso and Birim river whiles checking on their nets. Bless Damptey and Larbi Grant (deceased) were said to have gone to check their fishing nets.

However, they did not return home which alarmed their father to go and check up on them. Their father called for help from the community after seeing only the shirts and slippers of his sons.

Alexander Boakye, Assemblyman for the Nsutem Electoral area organized a search party which they later found the two young men dead. He says the river may have increased in volumes from the downpour from the previous day which caused the death of the young men.

The bodies of the deceased have been handed to the Kyebi Government Hospital for autopsy and preservation.