Manchester United have named 31 players that will perform in the upcoming 2022 pre-season tour. 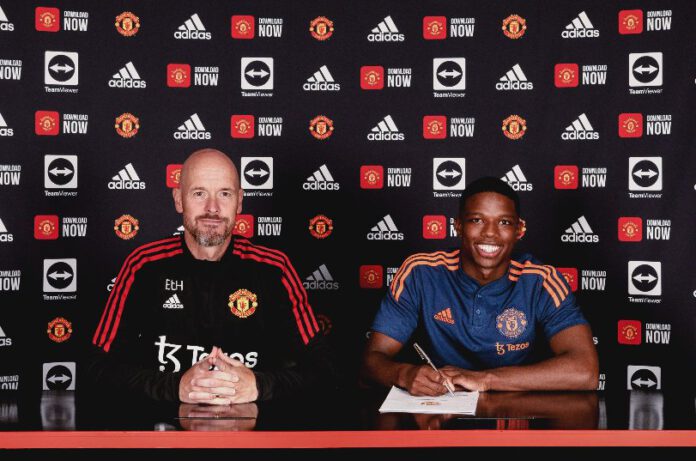 In preparation for the pre-season matches in Thailand and Australia, Manchester United have announced a 31-man traveling squad for pre-season Tour 2022.

Erik ten Hag has chosen his squad for the trip, which begins on Tuesday in Bangkok against Liverpool.

It is the first overseas tour for a number of United players, including experienced performers like Harry Maguire and Bruno Fernandes, but it is also an opportunity for younger players to shine.

In total, 13 Academy graduates are traveling, including Alejandro Garnacho, Zidane Iqbal, and Charlie Savage, who all made their senior debuts last season.

There are also spots for some Reds who returned from loan spells last season, including Tahith Chong, James Garner, and Ethan Laird.

The only players at United who haven’t yet made their competitive first-team debuts are newcomer Tyrell Malacia, goalkeepers Nathan Bishop and Matej Kovar, and Facundo Pellistri. All three are on the plane.

Cristiano Ronaldo will not travel to Thailand with the team because he has been granted additional time off to deal with a family matter.

As was the case last summer, defender Phil Jones is following a specialized pre-season program to ensure he is best prepared for the upcoming season.

Brandon Williams, who has returned from a loan spell at Norwich City, is still working at Carrington due to a minor injury.Andreas Pereira is taking a break after his recent stint on loan with Flamengo in Brazil.