President Kuffour calls the vice president of Ghana as his son during the father's day celebration at Peduase Valley Resort and Hotel on 19th June, 2022 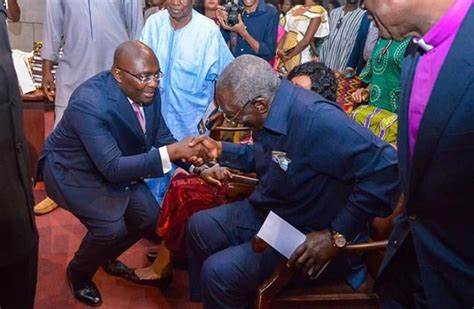 According to Mr. Kuffour, he became a father the same year in which Dr. Bawumia was born, which is 1963.

The year in which his first child was born.

“I can claim that he also happens to be my son. We share a coincidence but you may not know. I started being father in 1963 and that happens to be the exact year the vice president was born,” Mr. Kuffour said

During the celebration, Mr. Kuffour also spoke well about the Vice president and his patriotism with the NPP party.