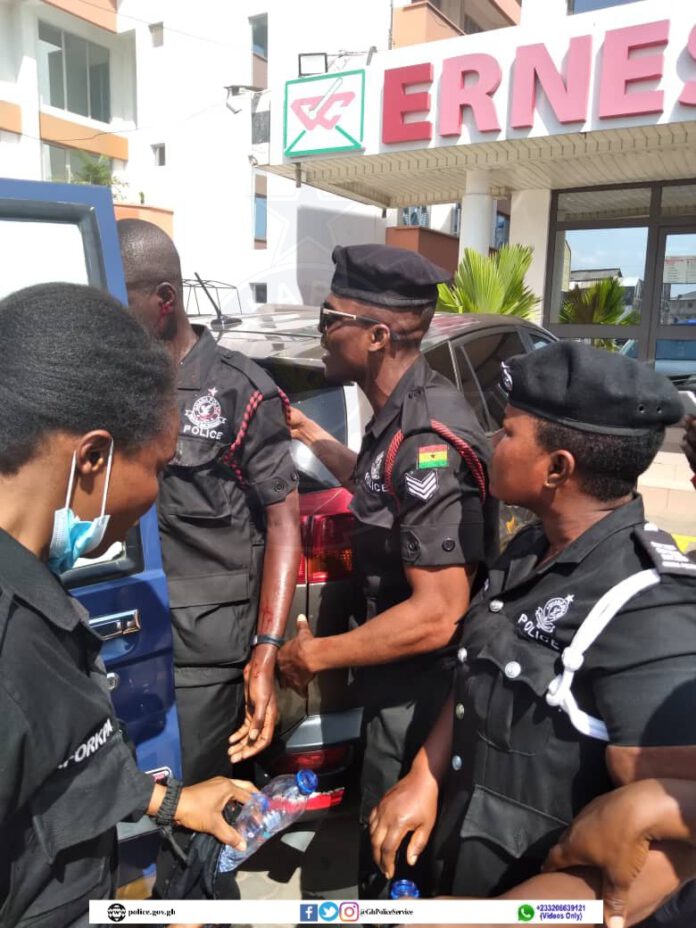 The Ghana Police service have described their disappointment in the protestors of Arise Ghana pressure group.

In a post shared on the official Twitter page of the Ghana Police Service on June 28, 2022 expresses the disappointment the police have in the demonstrators.

A report from TV3’s Eric Ebegta who witnessed the incident says the police are still firing gun while individuals still throw stones at them.

“They are insisting on using the Ring Road through to the Presidency and the Police are refusing to allow them to do that which has resulted in the firing of tear gas and the use of water canon against the demonstrators. That is the current situation at the Obra spot in Accra.”