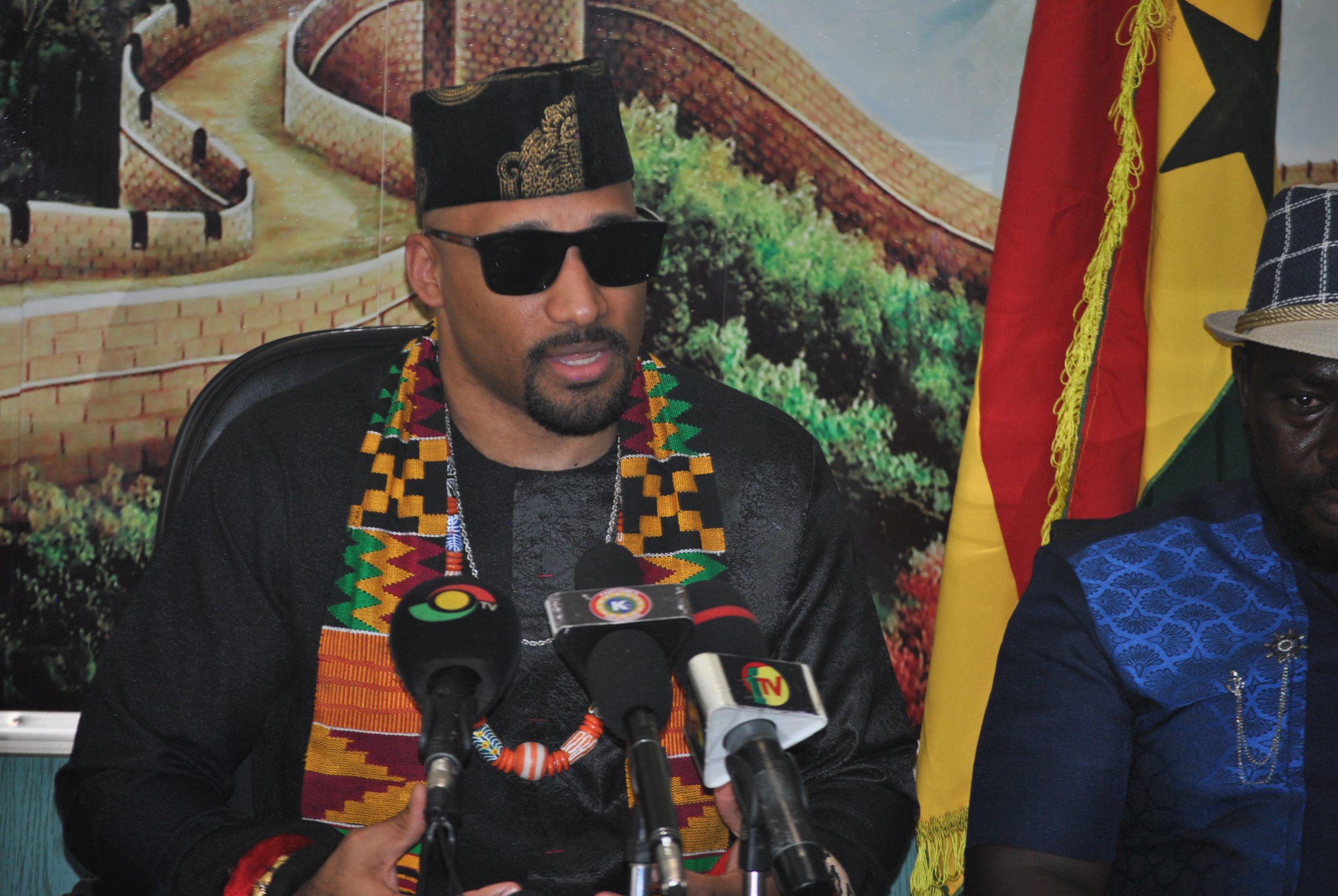 A Los Angeles-born entrepreneur enstooled as Mpuntuhene (Development Chief) of Akonoma in the Asebu Kingdom of the Central Region, Nana Dakrabo I, has disclosed that he has decided to build a world-class film studio in Asebu in the Central Region of Ghana.

In a meeting with the Deputy Minister for Tourism, Arts and culture, Mark Okraku-Mantey, he stated that he is very excited to develop 321 acres of a film studio in Ghana.

“I have decided to put together a team to come up with this concept, which I think is revolutionary for our film industry here and so I was very inspired to design a film studio. I and my team am very excited to develop it here a 321 film studio to inspire the arts here and to give us a footing on the world stage in order to compete in the industry globally. “He stated

He further stated that his partnership with WEG Studios in Washington DC, musician and producer Koby Maxwell, actor Michael Blackson, and other notable people to construct a state-of-the-art film studio and production house, dubbed “Dakrabo 1 Studios” in Ghana is going to help improve our industry.

“In order to compete in the industry globally, the studio will be world-class with the latest technology in order to equip the country with high-quality films.” He added

He, not that,” the state-of-the-art film studio will include film  and TV school on the campus to offer hands-on training and instructions to improve our film industry.”

Nana Dakrabo’s team is made up of leading industry executives, as well as architects, studio developers, entrepreneurs, executives, investors, and celebrities with aligned interests to make Ghana an entertainment hub in Africa.

Nana Dakrabo added that it is time for Africans around the world to unite and invest in entertainment in Africa just like the rest of the world has been enjoying.

The initiators of the Dakrabo 1 Studios will create a space for creativity to thrive and give students hands-on training, in the classroom and the studio.

“Our education and technology partners are working together to create an educational experience that allows industry-leading educators from Los Angeles to teach virtually in Ghana. It’s critical that aspiring professionals are properly trained on best practices and techniques directly from the industry’s practitioners. This will allow professionals to create content at a caliber that rivals a Hollywood blockbuster.” He said