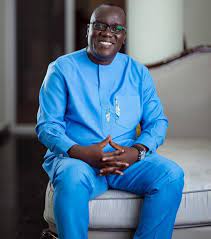 The name of the late former Chief Executive Officer (CEO) of the Forestry Commission, Kwadwo Owusu Afriyie, a.k.a, Sir John, is trending on social media.

He is alleged to have willed portions of the Achimota Forest to individuals believed to be his relatives.

A photograph of a particular page of the will, which has been widely circulated on social media, has sparked huge public criticism of Ghanaian politicians. Some people are alleging that the reason for the government declassifying part of the Forest as a reserve is to legalize such allocations.

Although the Lands Ministry has launched a probe into the claims, many Twitter users have shared their views on the matter.

Here are some reactions from netizens: